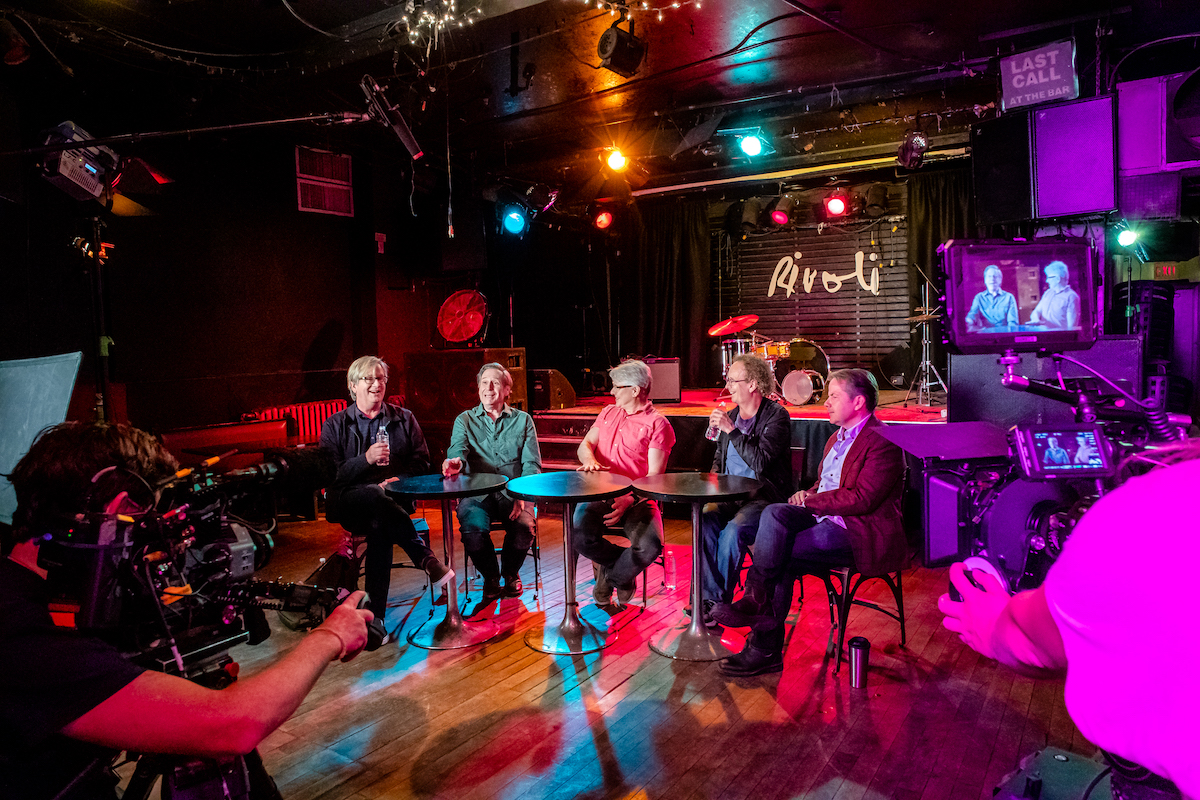 oday, at the Prime Video Presents Canada showcase event, Prime Video revealed the premiere date and official trailer for the new Canadian Amazon Original series The Kids in the Hall, produced by Broadway Video. The iconic Canadian comedy troupe – Dave Foley, Bruce McCulloch, Kevin McDonald, Mark McKinney, and Scott Thompson – is back with a new season of their groundbreaking sketch series, featuring a fresh batch of fun offbeat characters and beloved favourites, with sketches that pack a satirical punch, laced with the hilarious, edgy, and fearless comedy The Kids are famous for. The Canadian Amazon Original series The Kids in the Hall will be available exclusively on Prime Video on May 13 in more than 240 countries and territories worldwide.

“Hugely influential and envelope-pushing, The Kids in the Hall returns without missing a beat. The new sketches capture the energy and magic of the original series, and are a true testament to what made the group so successful in the first place,” said Christina Wayne, head of Originals Canada, Amazon Studios. “We are thrilled to bring The Kids back for their fans to enjoy and introduce them to new audiences around the world on May 13.”

“What an amazing gift to put on our old wigs, and even get some new ones… ,” said The Kids in the Hall.

Joining the revival series on Prime Video will be the previously announced The Kids in the Hall: Comedy Punks, a two-part documentary produced by Blue Ant Studios, which recently premiered at SXSW and will screen at the Hot Docs Festival in May. The Canadian Amazon Original The Kids in the Hall: Comedy Punks will launch on May 20 in more than 240 countries and territories worldwide. The docuseries trailer can be found below.

The Kids in the Hall will join the thousands of TV shows and movies from Hollywood and around the world in the Prime Video catalog, including award-winning and critically acclaimed Amazon Originals like Reacher, The Boys, The Wheel of Time, Upload, Phat Tuesdays, Jim Gaffigan: The Pale Tourist comedy special, and Emmy- and Golden Globe-winners Fleabag and The Marvelous Mrs. Maisel.

Prime members will be able to watch all episodes of The Kids in the Hall anywhere and anytime on the Prime Video app for smart TVs, mobile devices, Fire TV, Fire TV stick, Fire tablets, Apple TV, and stream online. In the Prime Video app, Prime members can download episodes on their mobile devices and tablets and watch anywhere offline at no additional cost. Prime Video is available in Canada at no extra cost to a Prime membership for just CAD$ 99/year or CAD$ 9.99/month (plus applicable taxes), new customers can find out more at www.primevideo.com and subscribe to a free 30-day trial.