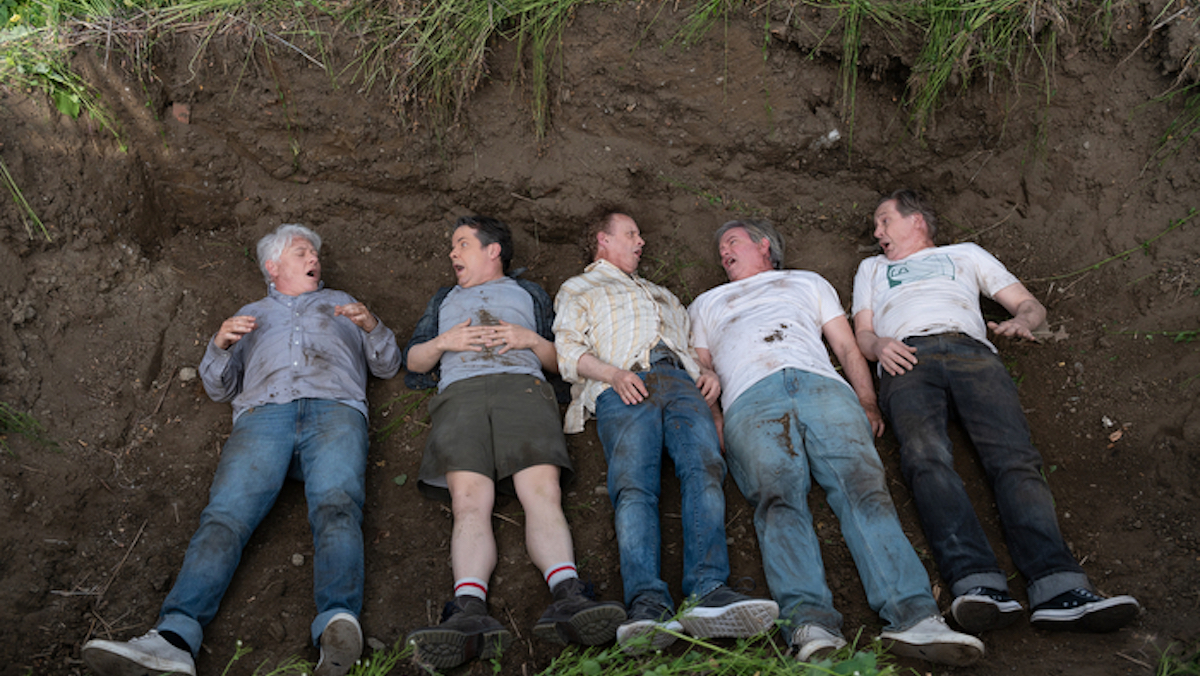 Previously unannounced Canadian Amazon Original productions include a revival of the adult animation series Gary and His Demons, set to launch in the fall; the feature film Sugar, set to launch in 2022; the recently greenlit dramedy series The Sticky, and a newly greenlit untitled documentary project on the iconic rock band The Tragically Hip

Since 2021, Prime Video has announced and launched 13 Canadian Amazon Original projects, confirming its commitment to Prime members in Canada. Prime Video’s investment in the Canadian film and television production sector includes Canadian-shot Amazon Originals like The Boys, The Expanse, Tales from the Loop, and Reacher.

“We have already had success in Canada with local content including All or Nothing: Toronto Maple Leafs and LOL: Last One Laughing Canada. The slate shared today demonstrates our focus and investment in developing the highest quality content for our Prime members in Canada,” said Magda Grace, head of Prime Video Canada. “Our roots in Canada run deep with productions like The Boys, Reacher, The Man in the High Castle, The Expanse, and Upload being shot in Canada, but now our slate of Canadian Amazon Originals underlines our investment in the local creative community and commitment to our Canadian audiences.”

“Canada has incredible stories to tell, and we have been fortunate enough to work with the best local producers, directors, writers, and actors to start to bring these stories to our Prime members in Canada. Our upcoming Canadian slate offers something for every Canadian entertainment fan – from comedies and dramas, to true crime films, documentaries, and animation,” said Christina Wayne, head of Originals, Canada, Amazon Studios. “Along with the Canadian producers including Muse, Blue Ant Studios, AMAZE, and Attraction – who we are already working with – we are proud to collaborate with the best internationally, including Left Bank and Blumhouse, to work with Canadian talent and have our local development team shepherd these upcoming Canadian stories.”

The Sticky is a half-hour series revolving around Ruth Clarke, a tough, supremely competent, middle-aged Canadian maple syrup farmer who’s had it with being hemmed in by the polite, bureaucratic conventions native to her country’s identity – especially now that Canada’s bureaucracy is threatening to take away everything she loves: Her farm, her comatose husband, and her right to freedom. With the help of Remy Bouchard, a pint-sized local blockhead and Mike Byrne, an aging low-level mobster, Ruth changes her fate – and transforms the future of her community with the theft of millions of dollars’ worth of maple syrup. Brian Donovan and Ed Herro (Little Darlings) wrote the pilot script and will executive produce and co-showrun alongside Canadian co-showrunner/executive producer Kathryn Borel (Anne With An E). Jonathan Levine (Nine Perfect Strangers) will direct and executive produce. The Sticky is produced by Blumhouse Founder & CEO Jason Blum’s indie studio Blumhouse Television, Jonathan Levine’s Megamix, Jamie Lee Curtis’ Comet Pictures, and Canadian producers Sphere Media.

The untitled documentary project on The Tragically Hip from director Mike Downie is a multipart docuseries that will feature exclusive, never-before-seen footage, photos, performances, and stories from the band’s long and storied career. Woven throughout the interviews will be lead singer (and Mike’s brother) Gord Downie’s personal writing from his notebooks and journals, lyrics, and correspondence with family, friends, and fans. The documentary will cover everything from the band’s early days playing weekends at Kingston’s infamous strip bar, to their hitting the small towns of Ontario in a broken-down van, to winning over Toronto one club at a time, to their first fateful trip out west. The film will culminate with the band’s sold-out coast-to-coast tours, where fans in every city roared at the first chords of their favourite songs and sang along with the band in thunderous unison. The band is ready to share 40 years’ worth of stories – the highs and lows, the private and public, the friendships and frustrations, the milestones and missed birthdays – all of the essential elements of a long, complicated, and wildly successful musical marriage.

The iconic Canadian comedy troupe – Dave Foley, Bruce McCulloch, Kevin McDonald, Mark McKinney, and Scott Thompson – is back with a new season of their groundbreaking sketch series, featuring a fresh batch of fun, off-beat characters and beloved favourites, with sketches that pack a satirical punch, laced with the hilarious, edgy, and fearless comedy The Kids are famous for. The Kids in the Hall is produced by Lorne Michaels’ Broadway Video and Canadian production company Project 10. The Kids in the Hall is created, written and executive produced by Foley, McCulloch, McDonald, McKinney, and Thompson. The Canadian Amazon Original series The Kids in the Hall will be available exclusively on Prime Video on May 13 in 240 countries and territories worldwide. The series trailers: green band version here and red band version here.